The UK startup ecosystem is maturing, and fundraising along with it. Here are three trends you need to be aware of if you’re thinking of raising capital in 2022. 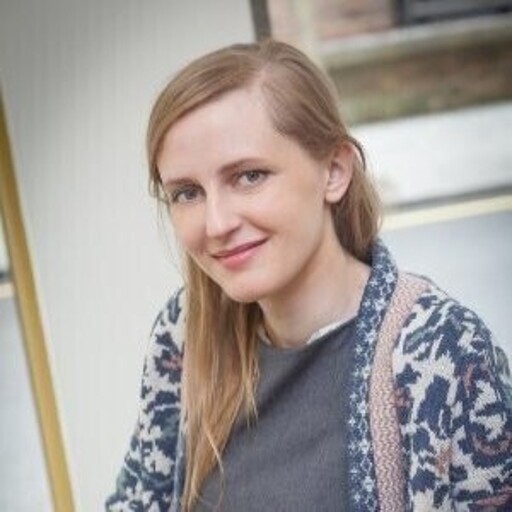 Capdesk - an equity management platform - brought together Europe’s top equity and financing experts to explore all things equity at the Capdesk Equity Summit. Capchase’s own Ferran Puig Verges, who heads up our European business development and expansion, joined Simon Stewart, Founder & CEO of The Growth Stage, and Charlie Walker, Head of Equity at the London Stock Exchange, in a conversation on how growth-stage funding is changing in the UK.

Here are takeaways from that discussion to keep in mind when considering where your next cash injection will come from:

1. UK founders have more choice than ever before

In the past, to raise funds privately, founders’ options were constrained to VC funding, equity debt or traditional bank loans. To access the public market your only choice was a traditional IPO - often significantly diluting your ownership, and opening your company up to the forces of the market. Fortunately, there have been developments in both the private and public arenas.

One such development is the emergence of alternative financing in Europe, making it quicker and easier to raise capital privately, while letting you retain ownership of your businesses.

Capchase’s Ferran explained: “If you want to reach a certain stage and scale fast, you need equity financing. But sometimes companies are put in a position where they might be forced to raise more than they should because they need extra runway. They [end up raising] equity at perhaps not the best stage and increase dilution. We allow companies to raise funds to continue their growth and reach the right levels so they can raise equity in a better way. Secondly, debt financing has traditionally been a lengthy and complex process. We give founders a flexible and fast solution that allows them to focus on building.”

Ferran predicted that over the next few years, there will be more alternative financing solutions on the market, as entrepreneurs across the UK and Europe become more comfortable with alternative debt financing.

When it comes to accessing the public market, founders’ options here are also increasing.

Historically, companies wanting to access the public market would do so through a traditional IPO, offering up at least 25% of their stock. The LSE’s Charlie says that this has changed substantially: “The ways that companies are accessing public markets are also changing. You have the traditional IPO, which now might not mean placing 25% of stock, but 10% or 15% of their stock in the IPO. You’ve then got direct listings, and then you have SPACs.”

SPACS - short for Special Purpose Acquisition Companies - were prominent on US markets at the end of 2020 and beginning 2021. It involves a management team setting up a vehicle, reaching out to investors, and raising a sum of capital. That’s deposited in a trust fund, and when a target’s identified, the vehicle invites those investors to participate in an IPO. It essentially “de-risks” the IPO by offering a greater level of clarity.

Charlie explained that while historically SPACS weren’t possible on the LSE, changes brought in by the Financial Conduct Authority (FCA) in August 2021 mean that they’ll increasingly find their way into the London market. “We believe going forward you’ll have this blend - traditional IPOs, direct listings and SPACs. It’s about choice of what markets do they join, and how to join them. Those will be the three prevalent structures going forward.”

2. Private companies are starting to think like public ones

Ten years ago, there was a clear division between public and private investors. But The Growth Stage’s Simon pointed out that this is no longer the case:

“Over the last five to ten years, the UK and Europe have followed the trend where VCs are going beyond early stage and series A, into B, C and D rounds. PE funds are setting up their own growth funds where they’re taking minority stakes. Then you’ve got these huge mutual pension retail funds coming all the way down to Series A. Then you’ve got hedge funds as well, who have come into this space and are doing Series A and B rounds as well.”

Charlie echoed this sentiment, calling it a “blurring of the lines” between public and private investors. He noted it’s implications for how private companies run themselves, even if they’re not completely sure yet when an IPO will take place: “We’re seeing private companies in that build up phase to approaching the markets - they don’t know if it’s going to be one year or three years, but they almost start running themselves as if they’re public companies whilst they’re still private. A lot of the larger investors demand that level of governance and disclosure anyway. But also it means they don’t have this shock factor when it comes to the IPO, that now you’ve got all of these reporting requirements that you haven’t had before.”

He pointed out that there were significant benefits to adding larger, public investors to your register, and running your business as a public company. In many cases, it brings companies closer to meeting free float requirements before they conduct an IPO book build. In practice, it allows companies to issue as little as 10% of their stock in an IPO, or to opt for a direct listing instead.

3. The nature of IPOs are changing

Traditional beliefs around when a company is ready for an IPO - based on reaching a certain size or profitability - are no longer true.

Charlie encouraged viewers to look at the data: “If you look at tech companies [in 2021], the market caps at the point of IPO ranged from £12million, which was an AIM listing, to £12 billion. There’s a huge spectrum there”.

He went on to explain that London’s Alternative Investment Market (AIM) has a dedicated team of advisors, research analysts and investors tailored to smaller, mid cap companies, which has helped it develop into one of the biggest growth markets in the world.

He stated that the sign that a company is ready for an IPO has shifted away from being purely financials driven: “The old test of ‘is the business profitable?’, I think is now gone. The key marker now tends to be when a company feels the market is able to appropriately value it. That doesn’t necessarily mean that they’re profitable. It [asks] when is the strategy of the business well enough developed, well enough articulated, that when you’re meeting with a business advisor, you’ve got a maturity to the business model that investors will be able to give you some of the value for that model. The other test is just around the maturity of the company. Being a public company rightly comes with disclosure and governance requirements, and it does take a certain level of maturity of a company to be able to reach those.”

--
To learn more about alternative financing and how it could help you grow your business, check out Capchase.com/Grow